The new UFC corporate campus was designed to be a showcase for the world’s premier mixed martial arts organization, including its state-of-the-art UFC Performance Institute. A key part of this world-class facility is its auditorium that can be used for press events. The auditorium includes seating, a drop-down screen and views of the adjacent gym.

“With fighters and members of the press coming in from all over the world, UFC needed interpretation capability,” said H Waldman of National Technology Associates (NTA), a Vegas-based AV system integrator. “The Televic system we installed will easily handle those needs.”

NTA installed a Televic Lingua interpretation system including a Plixus Audio Engine central unit with a Dante™ interface card. Four stations were set up with Televic’s award-winning Lingua interpretation desks, gooseneck microphones and interpreter headphones. Output of the devices is fed to an 8-channel digital infrared transmitter; 32 digital infrared receivers and delegate headphones are available for use in the facility. “Because the Televic system had Dante capabilities, it interfaced quickly and easily to the rest of the AV equipment at UFC,” said Waldman.

“Televic Conference is a worldwide leader in simultaneous interpreting and moderated meetings,” said Craig Richardson, CEO of Aveo Systems. “Installations such as the one at UFC help to demonstrate the Televic Conference system’s flexibility and capabilities.” 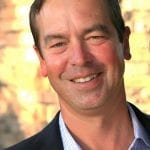 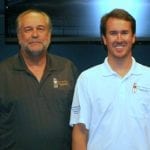