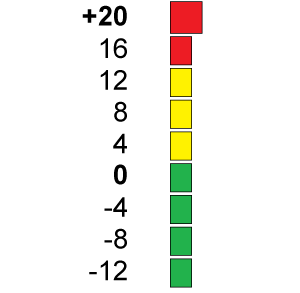 After nearly 20 years of developing DSP audio products and providing support to partners and internal support teams, we at Aveo Systems have encountered many configuration setting issues with DSP audio systems, especially systems tailored for collaboration applications. Many of these happen frequently and could cost integrators time and money to resolve. Here are the top 7 mistakes in DSP configuration files and some simple tips for resolution:

If microphone levels are too low, it’s highly likely the automixer will not operate properly, resulting in erratic gating (choppiness to the remote participants). In addition, the acoustic echo canceller (AEC) may suppress local audio since it may seem low relative to the incoming (remote) audio levels, and it will be tempting to adjust the gain somewhere else in the system to compensate for the local microphones.

Spend a bit of time to ensure the microphones are operating in the proper range, as described in the manufacturer’s instructions.

3. When reinforcement is turned on, microphones end up in their own reference

In most systems it’s common to use the send signal to the amplifier for the AEC reference for microphones. This generally works very well until reinforcement is turned on, when the microphone may be sent to the same loudspeaker output and therefore end up in its own reference. Double check the references when reinforcement is enabled.

We’ve seen a number of files where the microphones are not automixed before being sent to the remote participants. This usually is because someone thought, because there were only a few microphones (four or less typically), that an automixer was not necessary. Or perhaps they perceived some choppiness with the audio (see the input gain settings too low issue) when the automixer was on, so they disabled it.

The truth is the automixer can significantly help reduce background noise and reverberation from the local room from being transmitted to the remote side, because only the microphone elements that are active will be transmitted.

5. Automixer used but with incorrect settings

It’s possible the Automixer is enabled, but the system still sounds bad due to extreme settings, such as setting the off attenuation to -50dB or making the hold times too short. When in doubt, reset the automixer to the default settings and try again.   Most manufacturers provide DSP systems with automixer settings that should be good by default if the input gain is set properly.

If using consumer amplifiers (easily identified through RCA connections), double check that the output signal is attenuated so as to not overdrive the input gain range of the amplifier. Typically you will need -10dB of attenuation (preferably in the analog domain with a built-in pad) before taking the output of your commercial DSP device into a consumer amplifier. Otherwise the audio will be distorted and partially usable, but will sound very bad.

7. A signal is routed two or more times to an output through the matrix

With larger systems, it’s easy to lose track of audio routings and end up with a signal that is routed twice or more to outputs. This can occur when there are submixes of signals for various purposes, such as volume control or references, and they both end up feeding an amplifier output. If there is no delay difference between the signals, then the only impact is that the level may be louder than you expect. However, if there is a delay difference between the signal paths on the order of a millisecond or more due to processing or routing, then the comb filtering effects will audibly remove frequency components from the combined signal, adding distortion that will degrade the overall system performance and reduce the end-user’s satisfaction with the system. The effects can be subtle, but can be clearly heard with 1 msec or more of delay between the signals.

By avoiding these common issues with DSP configuration files, you can be up and running sooner with higher quality audio and more profitability! 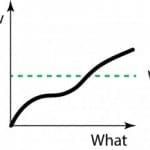 Solving Problems by Separating the ‘What’ from the ‘How’Audio, Blog 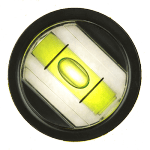